There are 2 main ways in which a Will can be contested. 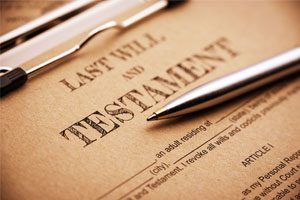 The first is on the basis that an insufficient amount of the Estate was left for you.  There are limited people who may contest the Will on this basis, namely:

The second way in which a Will can be contested is to say that the person who made the Will did not have sufficient legal capacity (perhaps they had dementia) when they made their Will or someone had improper influence over the Will-maker’s mind.

There are time limits which apply and this can be as short as six months from the Grant of Probate, so any person aggrieved by the provisions of a Will needs to act quickly.

If you require further information on Contesting a Will contact us to discuss.

Wallis Legal is a boutique firm based in Margaret River, founded in 2015.

We are proud that the majority of our work relies on word of mouth referrals from individuals as well as finance, accounting and farm professionals who see the value in what we offer our clients.